What is design system?

A design system is a library of reusable components and guidelines that people within a company can combine into interfaces and interactions. What goes into a design system and how it is implemented can vary quite a bit from company to company, depending on the size and maturity of the design practice and the needs of the product team.

At their core, design systems provide consistent styling and interaction guidelines for teams. For example, a design system might have:

Design systems can also be created for tools that don’t have a visual element to them, such as voice-controlled systems. They would, of course, have a different set of features that were more focused on things like content and behavior, but they can be just as useful.

The most important thing to know about design systems is that the most effective ones continue to grow and change as the needs of a product or suite of products changes. Also, design systems are only effective when their use is mandated.

Ideally, the different elements of a design system are actually pieces of code that developers can drop into interfaces in order to build a feature quicker or prototype faster. Other times, they’re simply design elements in a prototyping tool that designers can reuse.

Design systems, when properly implemented, speed up the design process quite a bit. They also make it so that designers and the rest of the product team can focus more on the flow and logic of a new feature or screen rather than the visual design.

It’s not that the visual design isn’t important! It can be. But design systems mean that we don’t have to design each individual element on each screen by hand from scratch. It also means that, when we do come up with a new interface element, it can be shared by the entire design team efficiently.

If used properly, design systems encourage more consistency in our interfaces. Call-to-action buttons are always styled the same way and put in the same place on different screens, so users don’t have to hunt around for things. Menus work consistently, so users don’t get lost. On mobile, the same gestures work the same way from screen to screen. 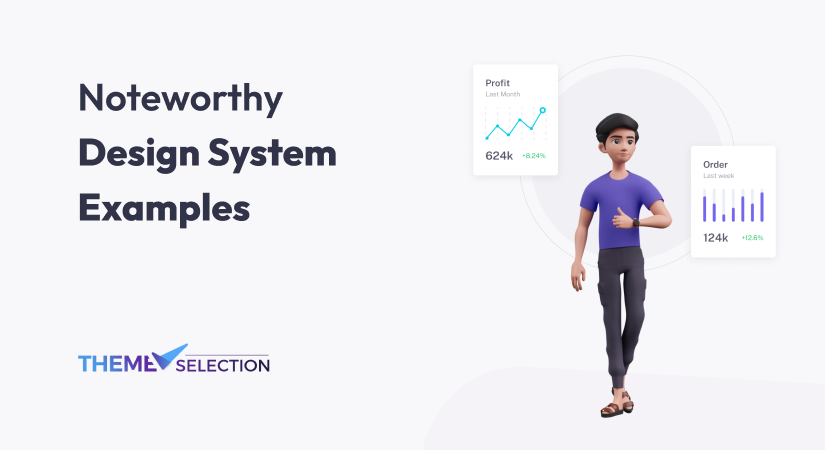 Check out the best 15+ Design system examples that you can even use for practice. Design in your own unique way with these design systems.